Last week I took Kumma to his first puppy agility class. Five puppies were there, Kumma was the oldest and the biggest. I had no idea how he would focus having other puppies around. For sure he was extremely interested in them, but as soon as I asked his focus, he gave it 100%. I played several games with him, and trained basic behaviours like sit and down. We did some tunnel work, and also I introduced him to a puppy tire. This is an adjustable tire without a big frame around it. I've used a bike tire at home, holding it myself, and rewarding going through. It took Kumma only a couple of seconds to offer going through the puppy frame. Next time I can add a cue. At the end of the class puppies had a nice play session together. I was surprised to see how bossy Kumma was, suppose he used the opportunity being the oldest. 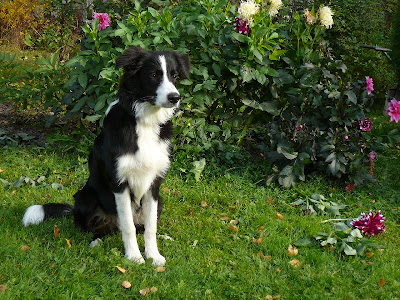 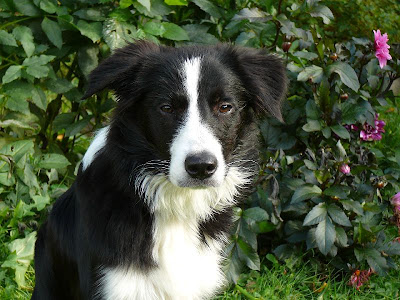 Some days ago I decided to weight Kumma. Trying to do it, I realized that he was too heavy and big to be taken in my lap. I went to get some cookies, and only after a couple of tries he was standing still on the scale. That was a piece of cake having used all kinds of balance boards and boxes in training.

I'm using crate games for a new purpose now. Kumma's crate is pretty close to the front door. I've given up retraining the oldies, so I put my energy to training Kumma an acceptable doorbell behaviour. I've used both food and toys as distractions, but now I'm adding opening and closing front door as well as doorbell to the list. I'm thinking that finally I'd like the sound of the doorbell to be a cue for Kumma to go to his crate, and stay there (with the door open) until released. This would make life so much easier!

We have enjoyed sunny autumn days by walking in the woods almost daily. 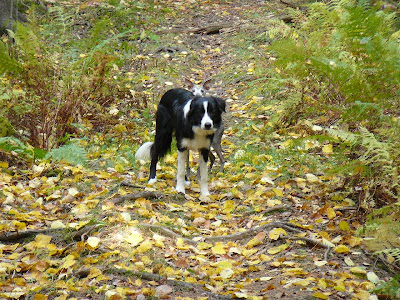 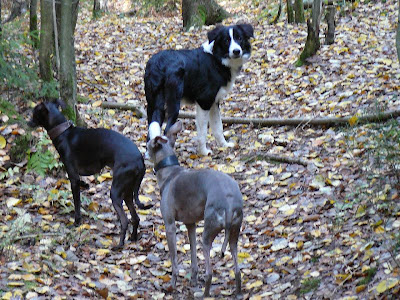 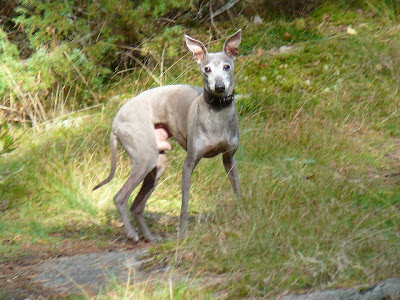 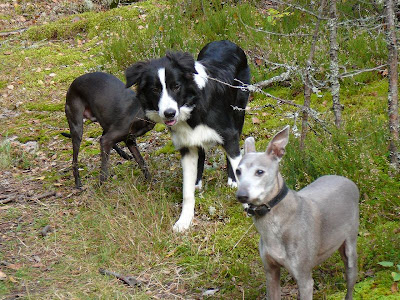 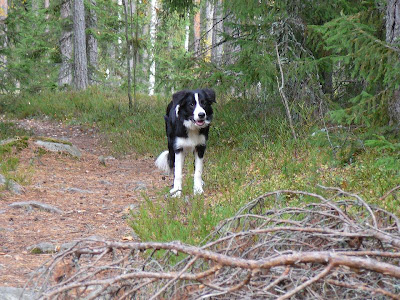 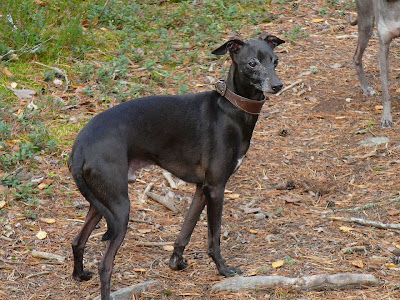 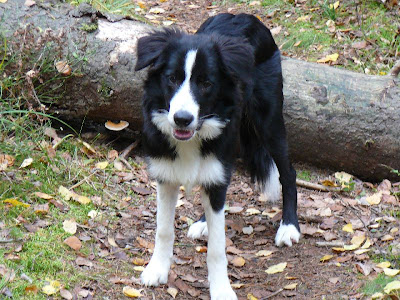 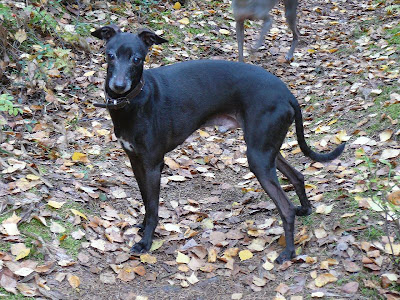 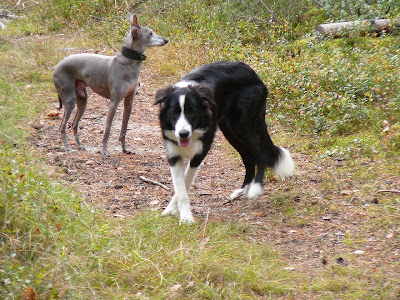